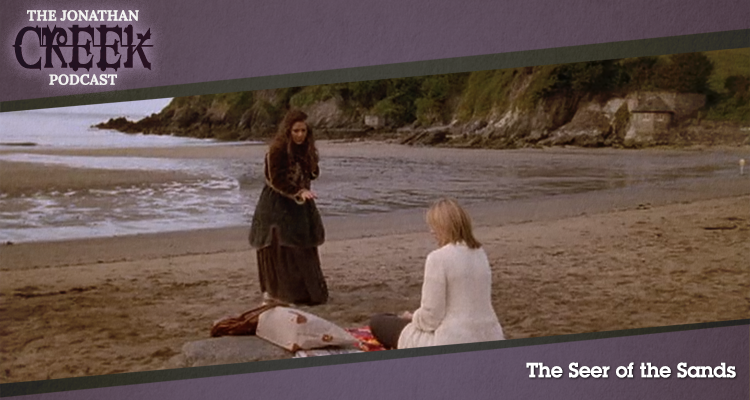 The Seer of the Sands was the fourth episode of Jonathan Creek‘s fourth season. After the death of her partner, an American executive struggles to interpret his messages from beyond the grave. In this podcast Gerry and Iain take a look at the sound thinking behind sending a fake psychic to help win you major business contracts.

Executive Geraldine Vaccara (Lorelei King) mourns the loss of her skeptic partner Justin Mallory (Gary Cady) in a boating accident while a fraudulent ‘psychic’ (Eve Polycarpou) tries to convince her that messages are being sent from the afterlife. Meanwhile, creepy Ashley (Catherine Cusack) has a dark secret and Phylicia (Nicola Hughes) tries to influence Adam’s workplace practices.

The Seer of the Sands was written by David Renwick and Creek veteran Sandy Johnson returned to the director’s chair. Verity Lambert remained as producer.

The Seer of the Sands was released in 2004. It is 60 minutes long and originally aired on the BBC. The episode is available in an edited format on Netflix in the UK and Ireland, and the entire series is available on DVD in the UK and other countries, including a comprehensive box set of all the episodes up until Christmas 2016, released by the BBC. 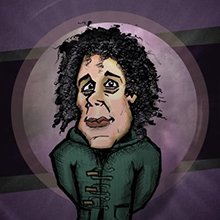